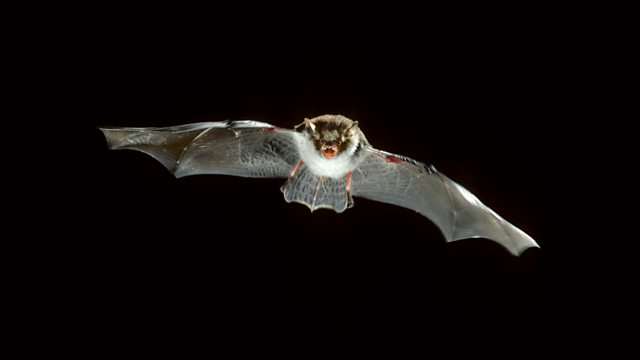 Melvyn Bragg and guests discuss how animals such as bats and dolphins evolved to use high frequency sounds to navigate their environments and find their prey.

Melvyn Bragg and guests discuss how some bats, dolphins and other animals emit sounds at high frequencies to explore their environments, rather than sight. This was such an unlikely possibility, to natural historians from C18th onwards, that discoveries were met with disbelief even into the C20th; it was assumed that bats found their way in the dark by touch. Not all bats use echolocation, but those that do have a range of frequencies for different purposes and techniques for preventing themselves becoming deafened by their own sounds. Some prey have evolved ways of detecting when bats are emitting high frequencies in their direction, and some fish have adapted to detect the sounds dolphins use to find them.

Gareth Jones
Professor of Biological Sciences at the University of Bristol