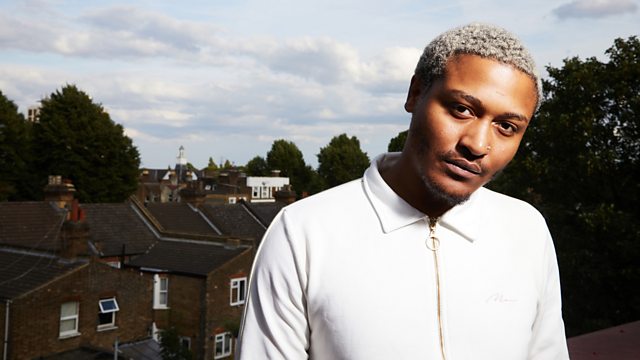 Despite the headlines that have put his neighbourhood in the spotlight, King is thinking about love - and faces very different challenges to make his dreams come true.

Last year, as London’s murder rate and youth violence hit the headlines, some parts of the capital were thrust into the spotlight. One of those areas was a corner of north London around Tottenham and Wood Green, where last spring three young people were murdered in consecutive months. But what about the young people who don’t make the news? This timely two-part series goes beyond the headlines to find out what life is really like growing up in an area which is as famous for its music industry icons as it is for the London riots or Premier League football.

While the violence is real for some, it’s certainly not what defines enigmatic 21-year-old King. The son of first-generation immigrants, he was born and raised in Tottenham. The headlines around him depict a place in crisis, where youth violence has supposedly become the new norm. But the challenges he faces are very different. King is mainly thinking about love - and his dreams – but he’s also negotiating complicated cultural differences with his family. In the short term he needs to find somewhere to live and some way to become financially independent.

Around King’s streets, we meet the neighbourhood’s resident performance poet, Tazzz P, who is saving herself with words and helping to heal a community which has been grieving the deaths of some of its young people. Further down the road is 16-year-old Kaymari, who is about to sit his GCSEs. He feels at risk every time he goes out – not so much from his peers, but because he’s regularly stopped and searched by the police. His mum fears this might derail the life she has carefully helped him to build.

21-year-old youth pastor Onyeka turned his back on his former life and is now trying to pass the lessons he’s learnt on to the young people he meets on the streets - but can he make the difference he feels is needed?

And at the local youth centre, there is a fearless 12-year-old vegan who feels that the recent epidemic of youth violence is a larger symptom of society’s lack of compassion. So in unorthodox ways she’s trying to change people from the inside out, by leading a group of vegan activists.

All this is typical of a day in this corner of north London.

See all episodes from Our Borough: Love & Hustle