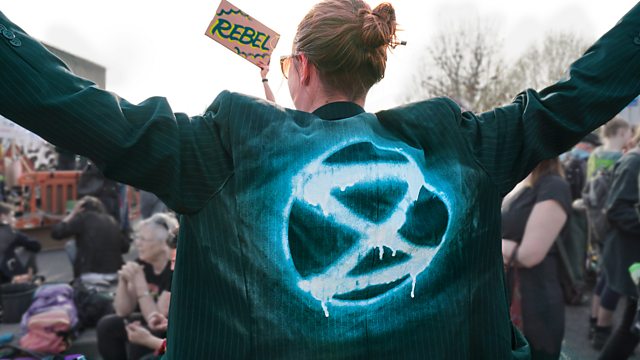 Extinction Rebellion: Last Chance to Save the World?

2019 has marked a change in public attitudes to climate change driven in part by a huge new global protest movement.

In this timely and powerful documentary, reporter Ben Zand gains access to the most important of the protest groups, Extinction Rebellion. He is with them for four months as they build towards “the rebellion” - 11 days of protest in April during which they take over and occupy four iconic locations in London.

The film follows three young people who have been inspired to join and lead the protests. Many are not only protesting for the first time in their lives but are also putting their liberty on the line to demand radical action from the government. We are there as they organise street protests and direct actions - risking arrest for their commitment to the cause.

Ben also spends time with the leader of the movement, Roger Hallam, who has spent years academically researching tactics for social change. He says you need 2000 people to get arrested and 400 people to go to prison if you want the government to meet your demands. Ben challenges him on his methods and asks whether it is justifiable to encourage young people to break the law.

This film is the first to get inside the new climate movements. It reveals how they have mobilised a generation to take radical action to help save the planet from climate change.

See all clips from Extinction Rebellion: Last Chance to Save the World? (3)