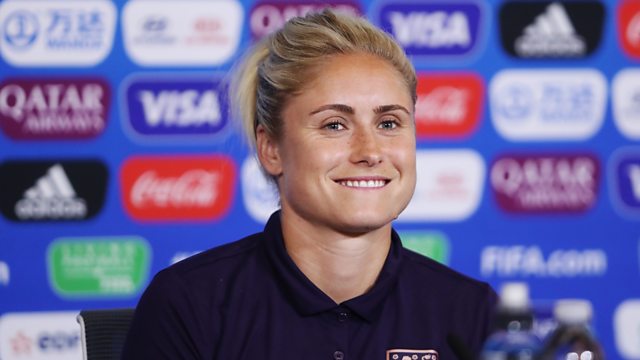 Caroline Barker is joined by BBC football correspondent John Murray and Luke Edwards from the Daily Telegraph as we hear from both the England and USA camps ahead of their World Cup semi-final on Tuesday.

John Murray sits down and chats with Phil Neville about a certain visit several members of the US team made to England’s hotel and whether the USA really are both the best and second best team in the world – as US player Ali Krieger says.

Caroline meets England captain Steph Houghton to talk about how she has overcome adversity in the past year to make a World Cup semi-final.

We have an exclusive interview with WWE’s chief brand officer Stephanie McMahon on how women’s football could learn from wrestling to boost the popularity of the sport.

And Lioness Karen Carney brings her latest diary from inside the England camp on what it was really like to meet David Beckham.