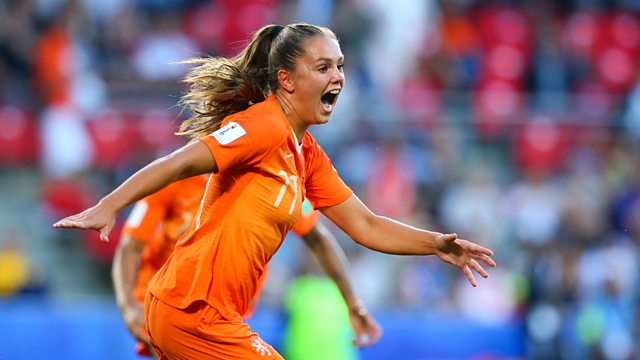 The panel reflect on the Netherlands leaving it late to beat Japan 2-1 – and ask whether the best team actually won?

As US midfielder Megan Rapinoe says their quarter-final tie against France on Friday is “one of the biggest in the tournament,” the team debate who could win the huge clash and why one side has been called “the ogres.”

And we head inside the England camp as Phil Neville tells us if captain Steph Houghton will be fit enough for the game against Norway on Thursday and striker Ellen White reveals that the Lionesses had a dramatic flight across France.