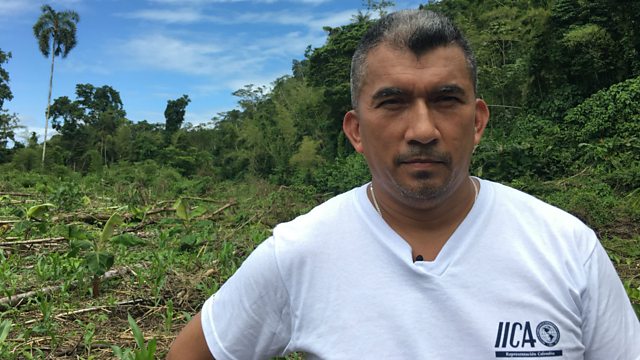 From freedom fighter to environment champion

Deforestation is a major problem in Colombia, the second most biodiverse country in the world. Since the peace deal signed in 2016 between the government and the leftwing FARC rebels, which ended half a century of conflict, deforestation has soared.
The BBC’s Sophie Eastaugh is in southwestern Colombia and heard the story of Albeiro Suarez, a former FARC fighter who is now leading local efforts to protect the rainforests in southwest Colombia from illegal logging.