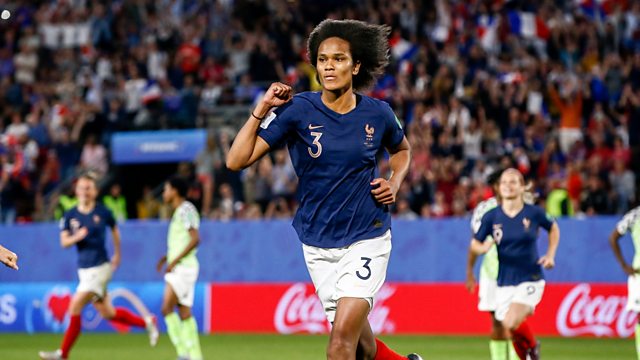 France top Group A at the World Cup after a controversial 1-0 over Nigeria.

Caroline Barker is joined by former England defender Lindsay Johnson, Fulham footballer and singer-songwriter Chelcee Grimes and Jen O’Neill, the editor of She Kicks magazine, to dissect France’s controversial 1-0 over Nigeria at the World Cup.

The panel argue whether it was fair that France’s Wendie Renard was allowed to re-take a penalty she had missed because Nigeria’s goalkeeper Chiamaka Nnadozie encroached off her line. Renard then went on to score the winner at the second time of asking.

We have the latest from the England camp as one player reveals on the podcast that she used to be a part-time butcher, while another has been mastering the art of the secret handshake.

As Nigeria have lost their final game, Scotland still have a chance to progress to the knockout stages, but they must beat Argentina on Wednesday.