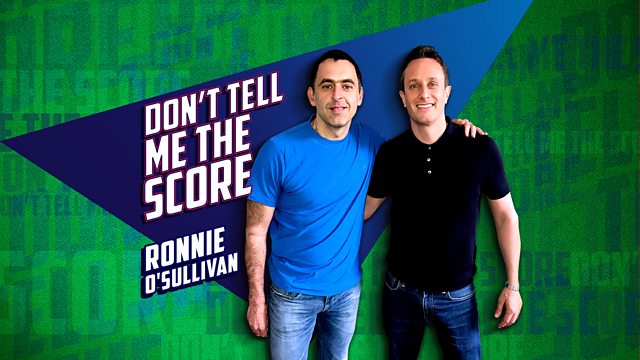 Everything in moderation. It’s a saying we’ve all heard, but mastering it might just be the key to health and happiness. For example, it’s good to be challenged at work to stop boredom setting in, but too much pressure can lead to being flooded with stress hormones. Basically, it’s all about the sweet spot in the middle - something that snooker legend Ronnie O’Sullivan has found over the course of his career. The five-time World Champion has struggled with various addictions throughout his life, but by embracing moderation he has made a spectacular return to number one in the world rankings at an age when many players are past their prime. In this episode of DTMTS, Ronnie talks to Simon Mundie about the lessons he’s learnt along his journey. He reveals plenty, from his experience with ringing the Samaritans during his first World Championship win, to how he used running as a tool to manage his emotional state. His relationship with running at times became excessive, as did his relationship with food, drink and drugs. Ronnie explains how learning to exercise restraint in all areas of life, including in planning his playing schedule, has extended his career and left him feeling healthier and happier. He also talks about the importance of accepting his addictive nature rather than trying to fight against it, how top sports psychiatrist Professor Steve Peters helped him, and how he uses nutrition to ensure he is happy and healthy in both body and mind. For Ronnie it’s about being the best version of himself he can be - and embracing moderation is his secret weapon.