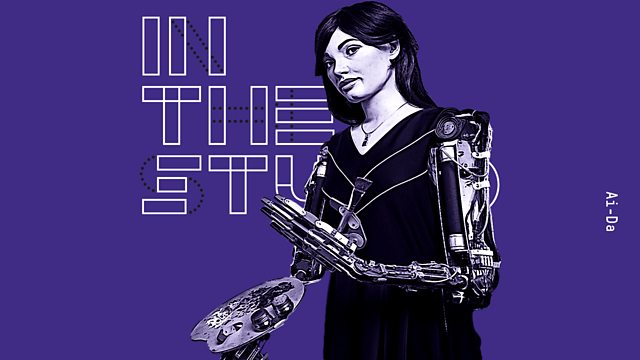 Follow the creation of the world’s first A.I. robot artist Ai-Da from the factory floor to her very own studio as the gears of her career start turning

With the announcement of the world’s first A.I. robot artist, In the Studio also announces a ‘first’ as we follow non-human artist, Ai-Da - a humanoid A.I. robot named after Ada Lovelace, the first female computer programmer in the world.

Karl Bos gains exclusive access to the design and making of what is hoped will be the first robot capable of drawing people from real life. Using A.I. processes and algorithms, cameras in her eyes and a pen in her robotic hand, Ai-Da’s ability as a robot to draw from sight has never been achieved before, and could make Ai-Da an artist in her own right.

The project is the brainchild of Gallery Director Aidan Meller who talks Karl through her creation, along with the young engineers making her drawing arm and the team producing her head, face and body. And in the final moments, once she’s assembled, will Karl hear from the artist herself?