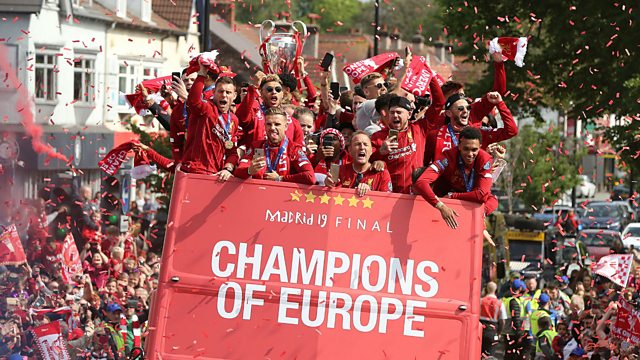 Our reporter Sarah Mulkerrins is in Liverpool city centre as tens of thousands of fans lined the streets to catch a glimpse of the trophy – as Jurgen Klopp and the squad boarded an open top bus for their victory parade.

The panel reflect on how Liverpool won their sixth European Cup in the club’s history and how it was an emotional victory for captain Jordan Henderson in particular.

The team also debate where it all went wrong for Tottenham, whether Harry Kane should have played in the final and what next for both the Liverpool and Tottenham players who will feature in the Nations League Cup next week.