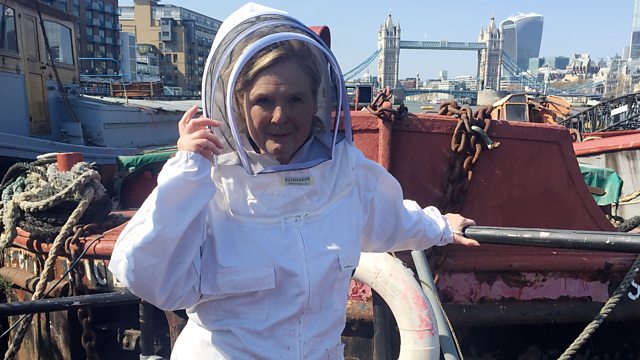 The decline of honey bees may need radical solutions. Martha Kearney examines whether genetic modification or robotics could stop the potential collapse of the world’s crops.

A third of the world’s food depends on pollinators like bees. Plants that produce almonds, apples, plums, peaches and coffee all need bees but honey bees are in decline – endangered by a complex mix of disease, pesticides, habitat loss and a changing climate. In California, a single bad winter could destroy the honeybee population and wipe out the multi-billion-dollar almond industry.

As scientists around the world try to get grip on the issues, others are looking for more radical solutions. Scientists at Washington State University collect bee semen from different parts of the world for artificial insemination to breed better bees. Others are doing research that could lead to genetically modifying bees against disease and pesticides.

Meanwhile, at Harvard University and Delft University of Technology, engineers are developing robotic bees and insects. In the future, a swarm of robobees could, in theory, be programmed to pollinate crops. It’s an idea adopted by the TV show Black Mirror and, like GM bees, may struggle to win acceptance.

Broadcaster and former beekeeper Martha Kearney examines what is being done to help save and possibly replace bees. With the future of the world’s food at stake, scientists need to perfect these technologies for bee farmers before it’s too late. Can they do it or do the answers for solving the declining number of bees lie elsewhere?