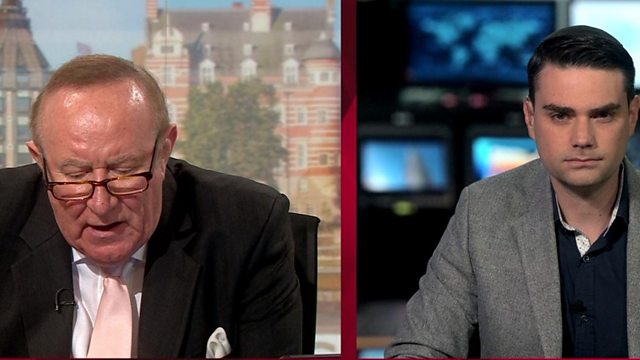 He has more than 2 million followers on Twitter, 600,000 YouTube subscribers and his videos on the Daily Wire channel rack up millions of views.

Ben Shapiro is a controversial figure but one of the US' leading conservative political commentators. His book, The Right Side of History: How Reason and Moral Purpose Made the West Great, is a New York Times bestseller.

In a spiky Politics Live interview with Andrew Neil, Mr Shapiro refers to an incident which took place between Trump campaign manager, Corey Lewandowski and Breitbart reporter Michelle Fields in 2016.

Although a charge was brought at the time against Mr Lewandowski, Florida prosecutors dropped the case.

This is an unedited version of their interview, which was terminated by Mr Shapiro 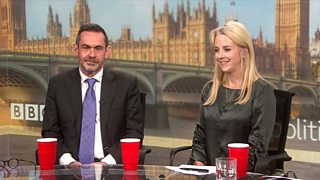 See all clips from Politics Live (673)