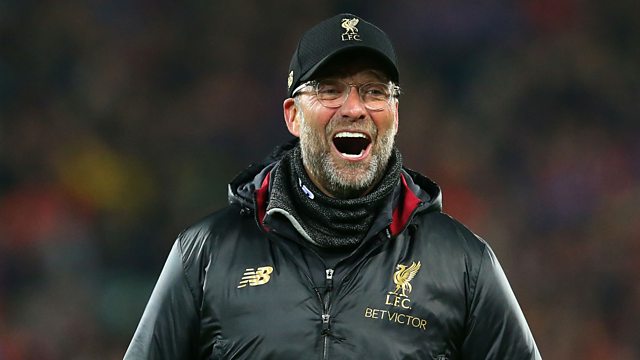 Liverpool and “the greatest European comeback of all time”

Liverpool managed to overturn a 3-0 deficit from the first leg at the Nou Camp to win 4-0 in the second leg, progressing through 4-3 on aggregate with braces from Divock Origi and Georginio Wijnaldum at Anfield on Tuesday night.

The team discuss whether this is the greatest comeback in European football and how exactly Liverpool masterminded this famous victory.

Plus, there’s reaction from Jurgen Klopp and Origi.

And football correspondent John Murray and former Chelsea striker Chris Sutton join the pod from Amsterdam as Tottenham look to join Liverpool in the final – but they’ll have to overturn a 1-0 deficit away at Ajax if they’re going to be in the final in Madrid on 1st June.