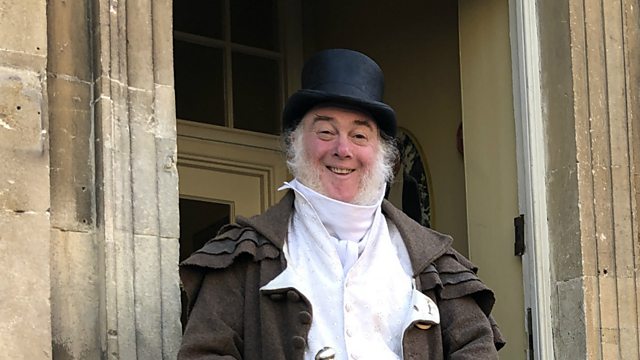 Why I dress as a Jane Austen character

If you’re a fan of the 18th century English novelist Jane Austen, you probably know that she lived in the city of Bath in the UK and that she even set two of her novels there. Were she still alive, she would no doubt be bemused that the most photographed man in Bath is based on one of her characters - that of Mr Bennet from Pride and Prejudice. His name is Martin Salter and he is the official meeter and greeter at the Jane Austen centre. Our reporter Pete Simson has been to meet him.