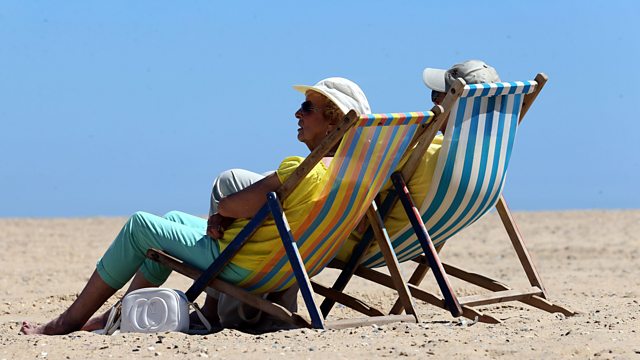 Should we be surprised Easter Monday was the hottest recorded? Plus, will insects be gone in 100 years?

Was it a surprise that Easter Monday was so hot?

A heatwave struck the UK over Easter – and in fact Easter Monday was declared the hottest on record in the UK. But listeners asked - is it that surprising that it was the warmest when the date fell so late in April? We crunch the numbers supplied by the Met Office.

Insects live all around us and if a recent scientific review is anything to go by, then they are on the path to extinction. The analysis found that more than 40% of insect species are decreasing and that a decline rate of 2.5% a year suggests they could disappear in 100 years. And as some headlines in February warned of the catastrophic collapse of nature, some More or Less listeners questioned the findings. Is insect life really in trouble?

Collecting income tax from the 1%

Recently Lord Sugar said in a Tweet “The fact is if you taxed everyone earning over £150k at a rate of 70% it would not raise enough to pay for 5% of the NHS.” Is that true? Helen Miller, Deputy Director and head of tax at the Institute for Fiscal Studies looks at how much such a policy might raise from the 1% of tax payers who earn over £150,000.

Where is Scotland’s highest village?

A battle is brewing in the Southern Scottish uplands between two rival villages. How can statistics help determine which village should take the crown? Wanlockhead and Leadhills both lay claim to the title of Scotland’s highest village but there can only be one winner. More or Less attempts to settle the age old dispute once and for all.

Image: A man and woman sitting on deckchairs on the beach
Credit: Getty Images