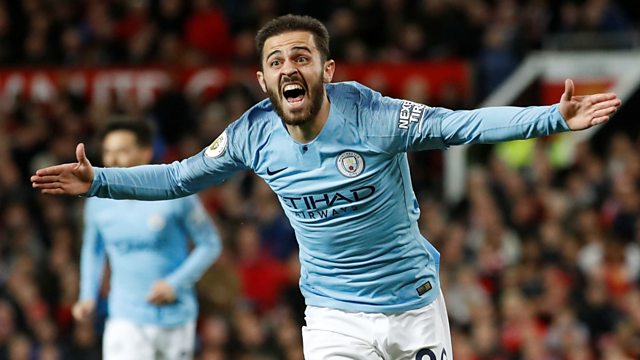 Do Man City have one hand on the title?

Man City need three wins to retain their Premier League title after victory in the Manchester derby. Robbie Savage and John Murray join Mark Chapman for reaction from Old Trafford, plus you will hear from Pep Guardiola and Vincent Kompany.

Ole Gunnar Solskjaer tells us he's happy with the response after the Everton defeat, but David de Gea and Paul Pogba come under fire again for their performances.

And does anybody want a top four place? Arsenal became the latest team to drop points as they are beaten 3-1 at Wolves.