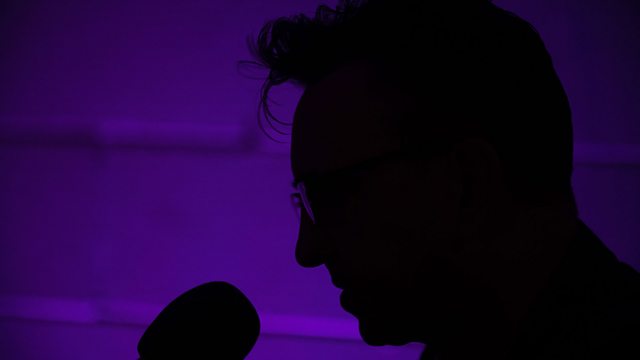 Richard Hawley at the Crucible

In a special edition of Mastertapes, guitarist, singer-songwriter and producer, Richard Hawley welcomes John Wilson to the Crucible in his home town of Sheffield.

Throughout his 33 (and a third?) year career as a musician (he first recorded a John Peel session at the age of 19, with his band, Treebound Story), Sheffield has always played an influential part in Richard Hawley's song-writing. His 2001 album, Late Night Final, was named after the cry of vendors selling the Sheffield Star evening newspaper on the streets, and all his solo albums since, from Lowedges and Coles Corner to Truelove’s Gutter and Hollow Meadows, immortalized Sheffield landmarks.

At the end of a busy year , in which he worked on four film soundtracks, recorded a new album and debuted his first stage musical - "Standing at the Sky’s Edge" at Sheffield’s Crucible Theatre (featuring a mix of his old and new songs), Richard Hawley looks and plays his way back over a 33 (and a third?) year career as a musician (he first recorded a John Peel session at the age of 19, with his band, Treebound Story).

Performances include what was the world premier of 'My Little Treasures' from Richard's new album, as well as a version of 'Open Up Your Door' from the stage musical "Standing At The Sky's Edge" sung by Maimuna Memon and accompanied by Will Stewart.