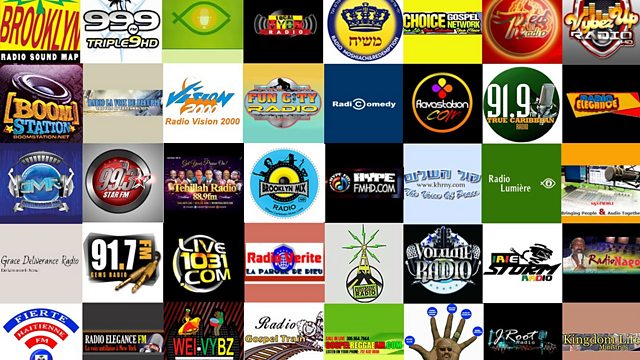 As the workday winds down across New York, you can tune in to a clandestine world of unlicensed radio stations; a cacophonous sonic wonder of the city. As listeners begin to arrive home, dozens of secret transmitters switch on from rooftops in immigrant enclaves. These stations are often called ‘pirates’ for their practice of commandeering an already licensed frequency.

These rogue stations evade detection and take to the air, blanketing their neighbourhoods with the sounds of ancestral lands blending into a new home. They broadcast music and messages to diverse communities – whether from Latin America or the Caribbean, to born-again Christians and Orthodox Jews.

Reporter David Goren has long followed these stations from his Brooklyn home. He paints an audio portrait of their world, drawn from the culture of the street. Vivid soundscapes emerge from tangled clouds of invisible signals, nurturing immigrant communities struggling for a foothold in the big city.

With thanks to KCRW and the Lost Notes Podcast episode Outlaws of the Airwaves: The Rise of Pirate Radio Station WBAD.