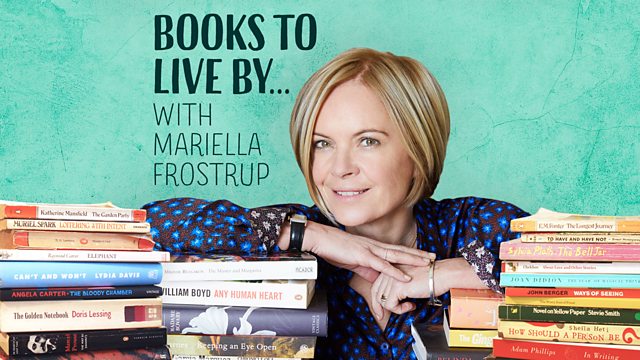 Books To Live By… with Mariella Frostrup

Mariella heads to the West Country home of Carlos Acosta, CBE, to discover the books that have shaped his extraordinary life – from the Havana streets to prestigious world stages.

Travelling by train to Somerset, Mariella visits Carlos Acosta in his secluded fairy tale home. Managing to sneak away from his doting children, the pair settle down to discuss his books to live by.

From the first book he ever read at 25 years old (following a tough childhood in Havana that excluded reading) to the books he himself has gone on to author, Carlos details his extraordinary life story and the role that reading has played throughout it.

Through his choices learn how his tough, truck driving father decided Carlos was to take up ballet, sending him away to a boarding school where he misbehaved. Discover how he used reading and writing as therapy upon first moving to London to join the Royal Ballet, going on to pen an autobiography and novel. Hear the story of how he met and pursued his now wife, and the romantic tale that she gifted him once they married, and also unearth the book he’d now recommend to anyone starting a career like his.

Interestingly, the pair detect a lost, lonely, sad boy as a reoccurring character in many of Carlos’ book choices. Now the Director or the Birmingham Royal Ballet, he reflects on his fascinating rise to ballet super stardom, detailing the pain he’s encountered on the way to the top.
Carlos’ choices: The book that…
… Was his first ever read: ‘Catcher in the Rye’ by J. D. Salinger, 1951
… Was therapy to write and he’d leave for his children: ‘No Way Home: A Cuban Dancer’s Story’ by Carlos Acosta, 2008
… Was a gift from his wife: ‘The Time Traveller’s Wife’, by Audrey Niffenegger, 2003
… He loves to read aloud to his children: ‘James and the Giant Peach’ by Roald Dahl, 1961
… He’s read more than once: ‘Animal Farm’ by Goerge Orwell, 1945
… Made him cry: ‘The Kite Runner’ by Khaled Hosseini, 2003
… He’d recommend to anyone starting a career like his: ‘Perpetual Motion: The Public and Private Lives of Rudolf Nureyev’ by Otis Stuart, 1995

See all episodes from Books To Live By… with Mariella Frostrup