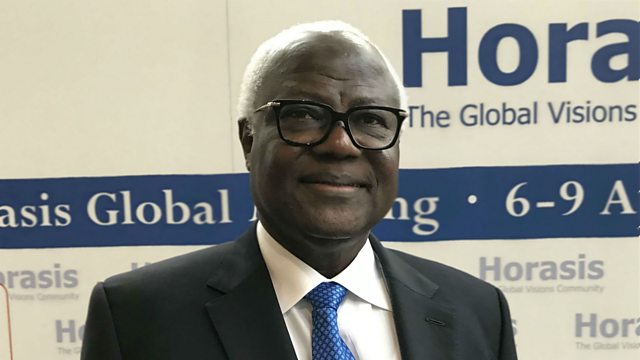 The former President of Sierra Leone, Ernest Bai Koroma, is hoping to recruit soldiers from across Africa to create an African engineering corps.

Some of the most significant infrastructure in America was built by the US army corps of engineers - from the country’s first roads through to the Kennedy Space Centre. The former president believes a similar peacetime military operation could help to accelerate infrastructure building across the continent.

In his first interview since leaving office a year ago Mr Koroma met Newsday’s Alex Ritson at the Horasis conference in Portugal.