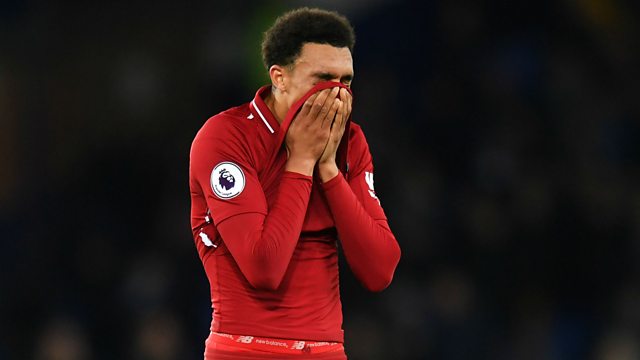 Manchester City are top of the Premier League after Liverpool were forced to settle for a 0-0 draw with Everton on Sunday.

The team dissect Chelsea’s 2-1 win over Fulham and Leicester sinking to a 2-1 defeat to Watford in Brendan Rodgers’ first game in charge of the Foxes.

And after Tottenham drew 1-1 with Arsenal in the North London derby, Andy Reid asks the question no one else in the studio was thinking – should Spurs sell Harry Kane?