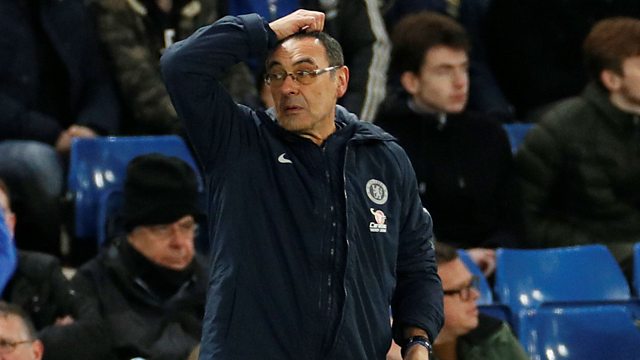 Herrera and Pogba strike to end 'Sarri-ball' at Chelsea?

Could the home defeat against Manchester United in the FA Cup be the end of the road for Maurizio Sarri at Chelsea?

They analyse Manchester United success at Stamford Bridge and preview the Champions League game between Liverpool and Bayern Munich on Tuesday.

And is Arsenal's season unraveling after their defeat in the Europa League last Thursday?