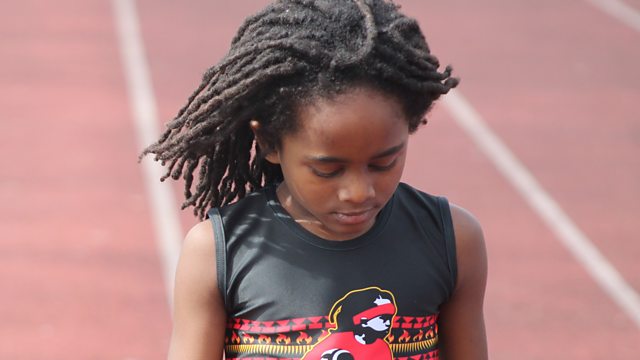 Is this the fastest seven-year-old in the world?

Seven-year-old Florida schoolboy Rudolph Ingram shocked onlookers, when he took just 13.48 seconds to complete a 100 metre sprint. The youngster, known as ‘Blaze’, is aiming to one day smash the 9.58 second world record set by Usain Bolt.

His dad, Rudolph Ingram Senior, got him interested in track running when he was three-years-old and told Radio 5 Live he's “one of the fastest kids around”.

“He’s very quick. His feet go up and down so fast so if you’re coming out slow you’re in trouble.”

‘Blaze’ is also a big fan of American Football, and aims to one day compete in the Olympics as well as the NFL.