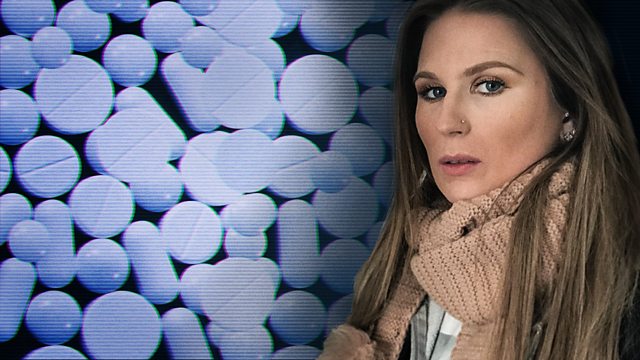 The black market is where we go for our fake gear, but who is behind it all? Investigative reporter Livvy Haydock has spent the last six months investigating the people flooding the UK with fake clothes, bags and even pills.

During the course of her investigation Livvy meets a young importer of fake goods ready to sell on to buyers and markets around the country. She also investigates the back alley sweatshop clothes factories making the fakes right here in the UK.

Livvy also meets the people manufacturing and selling counterfeit Xanax pills, which hit the headlines recently with over 200 deaths in the UK since 2015 attributed to fake copies of the drug. It is legally available but only on private prescription, resulting in young customers turning to the black market for their fix.

She meets dealers selling fake Xanax to 14-year-olds, as well as others who use customers as human guinea pigs to test whether their product is safe.

With unique and unprecedented access to the people behind the black market, Livvy reveals who is behind our fakes.