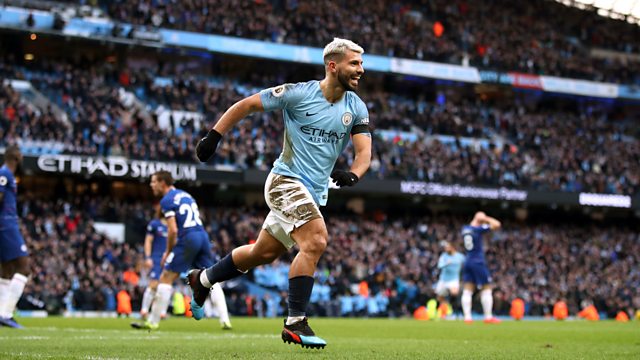 The panel discuss whether Chelsea boss Maurizio Sarri’s future is in doubt and look at Man City striker Sergio Aguero’s second hat-trick in the space of eight days.

They debate whether Leicester striker Jamie Vardy should have taken a penalty with his first touch of the ball in their defeat at Tottenham – and missed it!

The team also give their verdicts on Southampton and Brighton in the “bottom of the table battle” and on the “Old Farm” derby which saw Ipswich boss Paul Lambert make a dramatic return to former club Norwich.