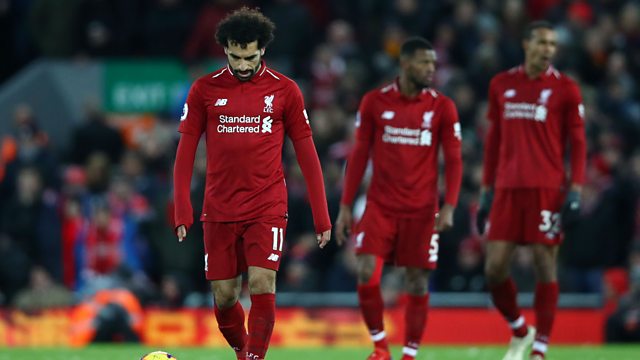 Liverpool have to settle for a point at Anfield and Bournemouth thrash Chelsea.

It was a frustrating night for Liverpool at Anfield despite extending their lead at the top of the Premier League to five points. Dion Dublin and Leon Osman analyse their 1-1 draw with Leicester City, plus you will hear from Jurgen Klopp.

There's another fascinating post-match interview with Maurizio Sarri after Chelsea's 4-0 defeat at Bournemouth, reaction to Tottenham's victory over Watford and a look at some of the deals expected on transfer deadline day.