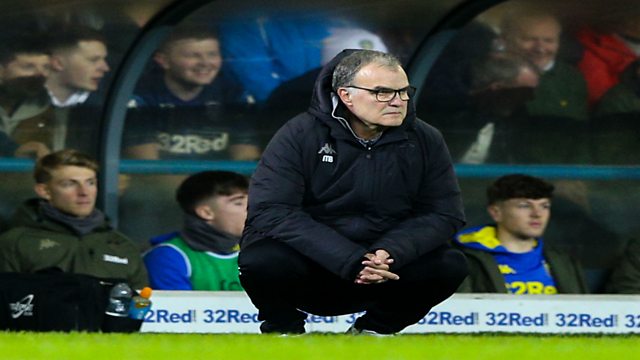 Mark Chapman is joined by Alistair Bruce-Ball & Michael Brown to reflect on Derby’s dramatic victory over Southampton in their FA Cup Third Round Replay.

Mark Chapman is joined by commentator Alistair Bruce-Ball and former Manchester City midfielder Michael Brown to reflect on Derby’s dramatic victory over Southampton by penalty shoot-out after it finished 2-2 in their FA Cup Third Round Replay.

As the “Spy-gate” saga continues, BBC Radio Leeds’ Adam Pope gives us an insight into Leeds’ manager Marcelo Bielsa’s extraordinary press conference where he revealed in detail how much they know about their opponents ahead of a match.

Hear what Derby manager Frank Lampard has to say about their FA Cup win and Bielsa’s remarkable powerpoint presentation.