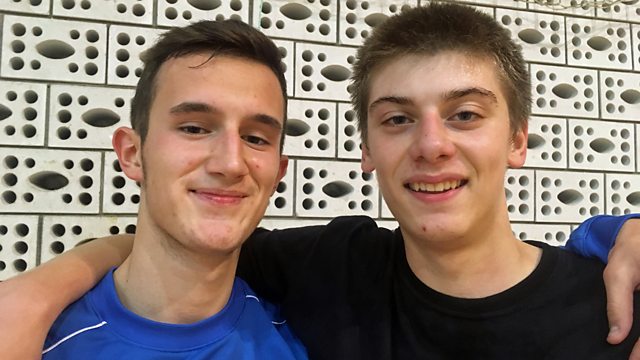 Old enemies Serbia and Kosovo discuss what for some is unthinkable - an ethnic land swap.

Old enemies Serbia and Kosovo discuss what for some is unthinkable - an ethnic land swap. This dramatic proposal is one of those being talked about as a means of normalising relations between these former foes. Since the bloody Kosovo war ended with NATO intervention in 1999, civility between Belgrade and Pristina has been in short supply. Redrawing borders along ethnic lines is anathema to many, but politicians in Serbia and Kosovo have their eyes on a bigger prize... For Serbia, that is membership of the European Union. But the EU will not accept Serbia until it makes an accommodation with its neighbour. Kosovo wants to join the EU too, but its immediate priority is recognition at the United Nations, and that is unlikely while Serbia's ally, Russia, continues to thwart Kosovo's ambitions there. Both of these Balkan nations want to exit this impasse. And a land-swap, giving each of them much-coveted territory, might just do it. For Assignment, Linda Pressly and producer, Albana Kasapi, visit the two regions at the heart of the proposal - the ethnically Albanian-majority Presevo Valley in Serbia, and the mostly Serb region north of Mitrovica in Kosovo.

(PHOTO: Hevzi Imeri, an ethnic Albanian and Danilo Dabetic, a Serb, play together at the basketball club Play 017 in Bujanovac – one of very few mixed activities for young people in Serbia’s Presevo Valley. BBC photo.)