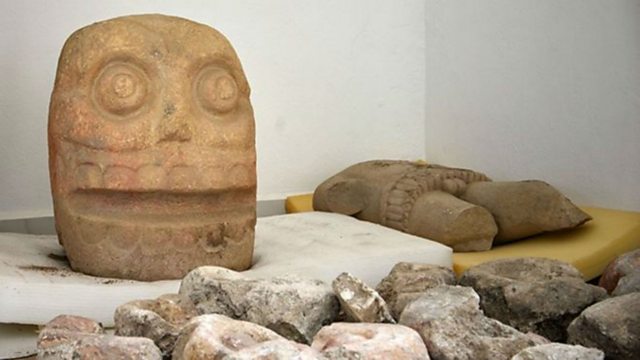 Archaeologists discover the temple of the 'Flayed Lord'

Archaeologists in Mexico have discovered the temple of an pre-Aztec God known as the 'Flayed Lord'. The traditional diety was called Xipe Totec and Priests worshiped the God wearing the skin of human sacrifices. Items relating to the deity were discovered at a site in Puebla state, and are believed to date from 900-1150 AD.

Geoffrey Braswell, Professor of Anthropology at the University of California San Diego, tells us more.