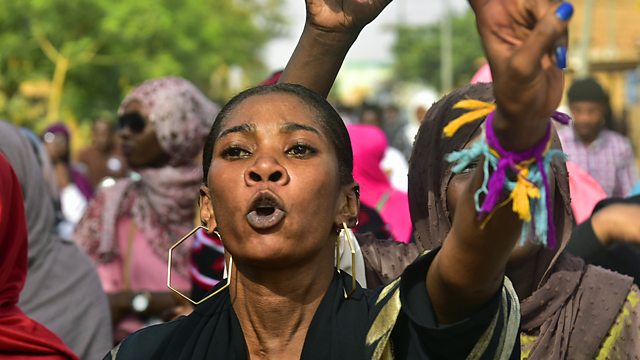 Why Sudanese are protesting: A Khartoum couple speaks out

Demonstrators in Khartoum have taken on the streets chanting 'down with Bashir' and protesting against the economic woes of the country. The government has responded by shutting down schools and universities nationwide, declaring a state of emergency in three states: White Nile, Gadarif and River Nile State. Security personnel is out in force. But instead of scaring people back into their homes, more of them are coming out onto the streets. Ahmed Mahmoud and Muzan Al Neel are a married couple living in Khartoum. They tell why Sudanese people from all walks of life are willing to risk jail and death to make their voices heard.

(Photo: Sudanese protesters take part in a demonstration the Sudanese capital's twin city of Omdurman, to mourn dozens of demonstrators killed last month in a brutal raid on a Khartoum sit-in, on July 13, 2019. Credit: AHMED MUSTAFA/AFP via Getty Images)