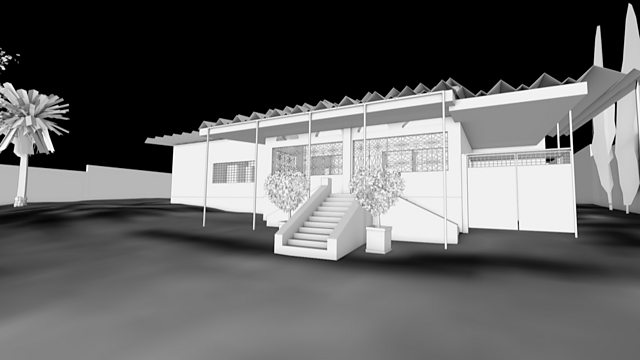 An investigation into Burundi's 'killing machine' of one of Africa's most repressive and secretive countries.

An investigation into the 'killing machine' of one of Africa's most repressive and secretive countries. Three years ago there was widespread unrest in the East African country of Burundi when the country’s president ran for a third term. Protestors said he was violating the constitution that limits presidential terms to just two. Since then street protests have ended but a BBC investigation has now uncovered evidence of government sponsored torture and killings designed to silence dissent. The government has always denied any human rights violations, and declined to comment on the allegations in this programme. Reporter Maud Jullien. Producers Charlotte Atwood and Michael Gallagher.

*This programme contains graphic scenes of torture and killing.

(Image: A computer generated image of an alleged detention house in Burundi’s capital, Bujumbura. A red liquid, which looked like blood, was seen pouring from its gutter. Credit: BBC)