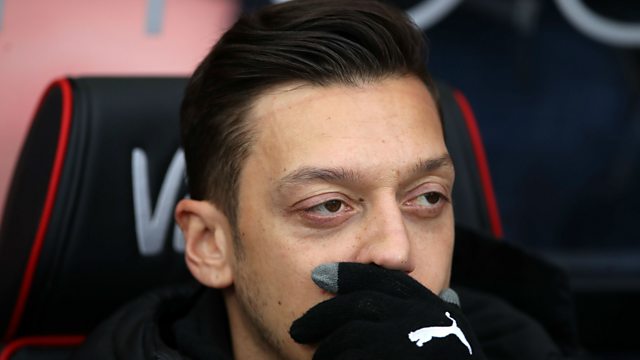 Is Ozil out and 'the Alpine Klopp' in?

A profile of Ralph Hasenhuttl, the manager who could replace Mark Hughes at Southampton

We learn more about Ralph Hasenhuttl, the Austrian manager, nicknamed 'the Alpine Klopp', who could replace Mark Hughes at Southampton.

Also, reaction to Newcastle owner Mike Ashley saying he is "hopeful" the club will be sold and a focus on the most interesting ties of the upcoming FA Cup third round.