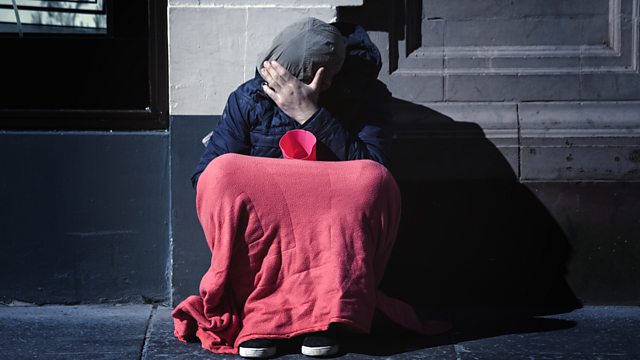 'Fake Homeless': Who's Begging on the Streets?

Documentary. Is Britain being duped by 'fake homeless', chancers posing as destitute to boost takings? Or is this a scare story to demonise real homeless? Ellie Flynn investigates.

Is Britain being duped by 'fake homeless', people posing as destitute to boost takings? Or is this a scare story to demonise the real homeless?.

The number of people sleeping rough in England is at a record-high - a 73% increase over the last three years. Government data shows that on any night in autumn 2017, nearly 5,000 people were recorded sleeping on the streets, a figure that has more than doubled since 2010. But there are claims that the UK has a problem with 'fake homeless' begging on the street. These are people who have homes, but still go out onto the streets to beg. News stories of scammers are frequent, and some police records show that 80% of people begging have 'some kind of home' to go to.

In Cambridgeshire, the police practice a 'zero tolerance' attitude to people begging, sending them for sentencing at a magistrates court.

In Devon, Ashley Sims photographs, investigates and then shames fake homeless people. He claims he has cut the number of homeless in Torbay from 23 to just 6, as all the 'fake homeless' have been driven out after being exposed. Ashley has been branded a 'homeless vigilante' by the press.

In Liverpool one business owner claims every beggar outside his pubs and clubs is fake homeless. Homeless charities argue that some individuals may well have homes, but that they have complex and chaotic lives that may have led to them begging on the streets. They argue that people like Ashley are demonising the homeless population, who already face a lack of trust and abuse from the public.

So what's the truth?