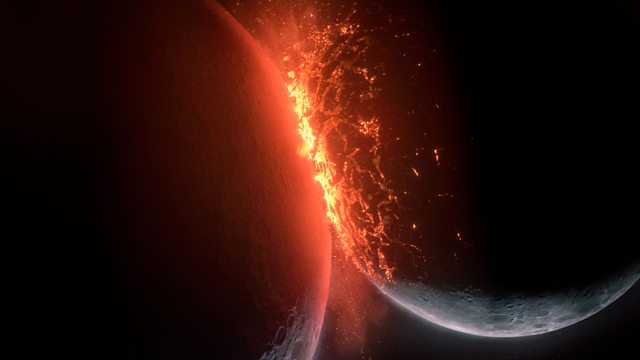 A Moment in the Sun - The Terrestrial Planets

The Planets Series 1
Episode 1 of 5

The rocky planets Mercury, Venus, Earth, and Mars were born at the same time from the same material - yet have lived radically different lives. What immense forces are at play?

In this major landmark series, Professor Brian Cox tells the extraordinary life story of our solar system. For four and a half billion years each of the planets has been on an incredible journey, filled with astonishing spectacle and great drama. Using the data from our very latest explorations of the solar system combined with groundbreaking CGI this series reveals the unimaginable beauty and grandeur of eight planets whose stories we are only just beginning to understand.

The first episode traces the development of the four rocky worlds closest to the Sun: Mercury, Venus, Earth and Mars. Born together, they battled the unbelievable violence of the early solar system to become stable planets. For a while each had a moment of hope when they enjoyed almost earth-like conditions. Yet today Mercury is a scorched barren world. Venus is a runaway greenhouse world with a scorching atmosphere and Mars is a frozen desert. Only on Earth do oceans – and life – persist.

Why has Earth thrived whilst the others have faded away? The most advanced space missions ever mounted allow us to reveal the moments when the fate of each world turned. Mercury was flung across the solar system in a collision of unimaginable ferocity. A young Venus resplendent with oceans was locked in a battle with the sun. And an early wet Mars was robbed of the material it would need to survive.

Only Earth found itself far enough away from the sun for life to hold on. But it can’t last forever. Billions of years from now our world will follow the fate of its sister planets as the sun expands to become a red giant. But as it does other oases may awaken on the faraway moons of the gas giants - like Saturn’s moon Titan. In the far future, it too may enjoy its moment in the sun.

See all episodes from The Planets 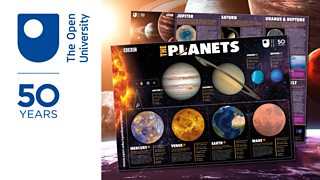 Visit OpenLearn and find out more about our Solar System.