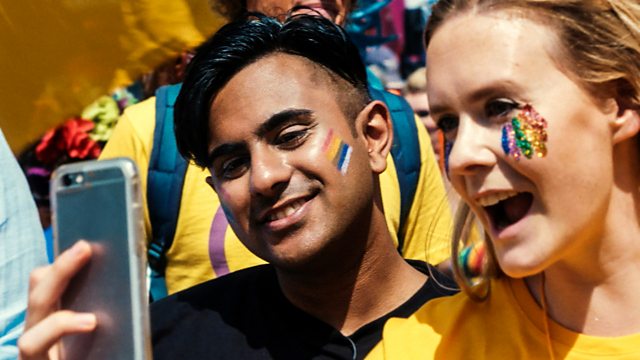 At birth, Anick's doctors didn't know if he was a boy or a girl. At 18 he found out he was intersex. Now, he meets other intersex people as he prepares for his final surgery.

At birth, Anick's doctors didn't know if he was a boy or a girl. At 18 he found out he was intersex. Now, he meets other intersex people as he prepares for his final surgery.

What would you do if you’d been undergoing surgery since you were a kid, but didn’t know why? When Anick was born, the doctors couldn't work out if he was a boy or a girl. Since then he's undergone dozens of surgeries to make his penis look and work like other males' but never told anyone outside of his family. He requested a copy of his own medical records aged 18 and discovered he was intersex. After that, everything changed.

Intersex itself is an umbrella term used to describe people born with biological sex characteristics that don’t fit typical male or female categories. So whilst we’re told that people are either born male or female, there are actually many intersex variations that people can be born with too. These can affect chromosome patterns and hormones as well as internal and external genitalia and this occurs naturally in about 1.7% of the population.

Everyone's intersex story is different. As Anick prepares for what should be his final surgery, he meets Martin from London, Irene from Russia and Pidgeon Pagonis from the USA. Will hearing their experiences make Anick think differently about his own? And how does it feel to have a nurse show you how to use a prosthetic penis in front of your mum? As Anick prepares to make history by organising the first intersex march at Pride in London he becomes more determined that the first challenge is simply telling people about the intersex community.

In an era where conversation around gender, sex and sexuality has never been louder, meet a community whose stories are rarely told.

See all episodes from Radio 1 Stories