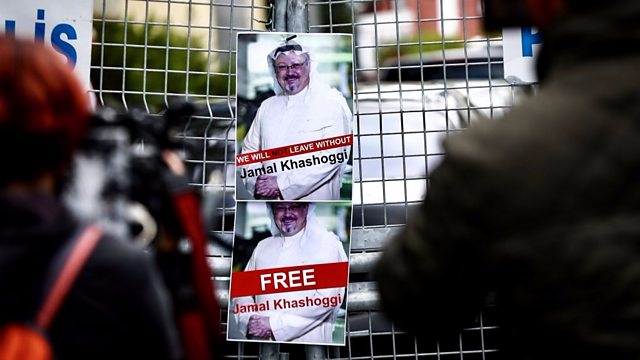 Jamal Khashoggi: 'People who get arrested are not even dissidents'

Three days before he disappeared, Jamal Khashoggi was in London for a conference and came into the Newshour studio for an interview.

Before beginning the scheduled recording about the Middle East Peace process, we asked him whether he thought he could return to Saudi Arabia.

We wouldn't normally broadcast an off-air conversation, but we've decided to make an exception, in light of the current circumstances.