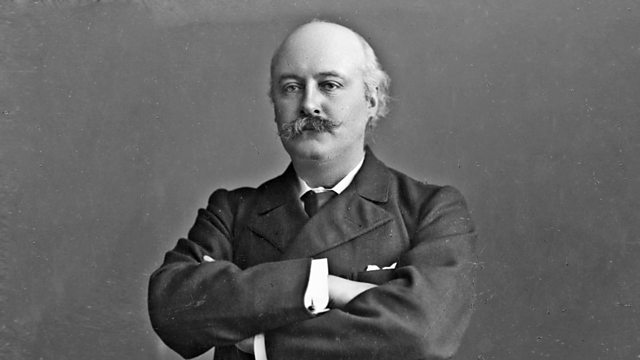 Sir Hubert Parry is largely remembered today for a handful of iconic works including Jerusalem, I was Glad, Blest Pair of Sirens, and for writing the hymn tune to Dear Lord and Father of Mankind. But Parry was far more significant than these few works which have remained in the public consciousness. In this centenary year since the composer’s death, Simon Heffer argues for a reevaluation of Parry not only as a composer, but as a writer and educationalist. In interview with biographer Jeremy Dibble, he puts Parry back on the map and explores the composer’s influence over younger generations of musicians including Vaughan Williams, Gurney and Howells. Parry promoted as both a writer, and a teacher at the Royal College of Music, that music should have a moral and social purpose, and that musicians should have the widest education and training. Simon Heffer visits the Royal College of Music to discuss these points with its Director, Professor Colin Lawson, and also to look at the handwritten score of a work that has been hailed as the beginning of a musical renaissance in England, Parry’s Scenes from Prometheus Unbound.

Parry’s own interests originally lay in the music of Brahms and Wagner, and it is through the fusion of these two Germanic schools within his own music that a musical renaissance is seen to have begun, especially in British symphonic music. Dr Wiebke Thormahlen and Dr Kate Kennedy discuss Parry’s influence upon younger generations of composers through not only his music, but also his teaching, where he’d often make arrangements of music by the likes of Palestrina and Lully, so that his students could perform this music during his illustrated lectures. Simon Heffer also takes a trip to Shulbrede Priory where many letters, diaries and photos associated with Parry are held, to get a better understanding of Parry the man including his relationship with his wife, his interest in the women’s suffrage movement, and also his interest in driving cars very fast, or deliberately sailing in stormy waters.