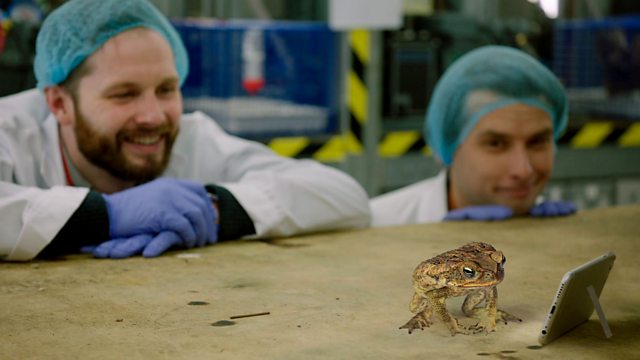 Bafta-nominated comedy series about vloggers. In this episode, host Liam Williams investigates the Likey awards and explores the Kids category.

Millennial documentarian Liam Williams ('if Stacey Dooley won't do it, he will') investigates the increasingly strange and worrying world of vlogging.

In this episode, Liam explores the 'Kids' category of The Likeys, a new awards intended to celebrate positivity in the vlogging world. He catches up with Millipede, who is trying to woo a new, younger demographic by writing a children's story, with a little help from her ghost-writer, or, as Millie insists on calling her, 'story shepherd'. Millipede also introduces Liam to her tiny doppleganger, Mini Millipede, a small child whose parents have franchised the Millipede brand.

Later, Liam finds out about some of the new techniques for keeping children safe online when he visits a lab for testing online videos on animals. And he investigates a suspicious company responsible for posting some distressing children's cartoons online and is forced to call in an algorithm whisperer!

Meanwhile, the row surrounding The Likeys is growing, as DumpGhost gains support from neo-fascist influencer Henry Bloyd Smith. And there's some bad news following Charlie's recent attempt to row across the Irish Sea...