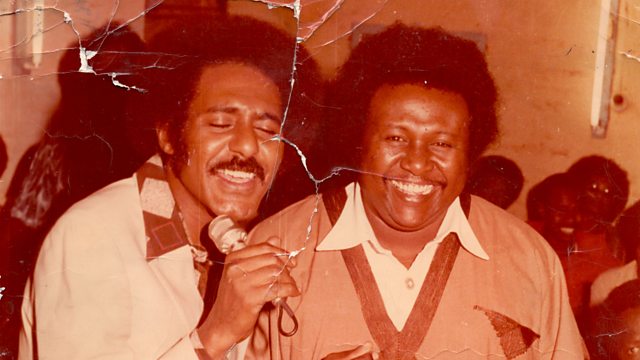 When a hard-line religious government took over Sudan in 1989, one of the first casualties was music. Lost were the diverse sounds of the capital Khartoum - the hypnotic violin and accordion driven music of the 1970's and the synthesizer and drum machine music of the 1980s.

However, over the past two years music collector Vik Sohonie and his team have traveled to Ethiopia, Somalia, and Sudan itself in search of Sudan's musical relics. He spoke to Newsday about the compilation he has created - 'Two Niles to Sing a Melody: The Violins & Synths of Sudan' - which is being released on Ostinato Records.