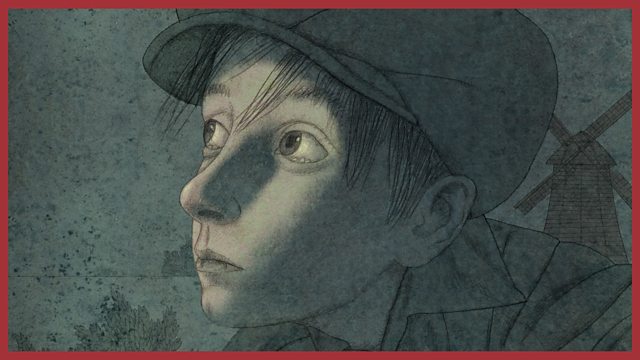 Hans Brinker - the boy with his finger in the dyke

Hans Brinker - the boy with his finger in the dyke. An adaptation of the well-known story of a boy protecting his community by stopping a leaking dyke with his finger.

The tall grasses rustle in the salty breeze on top of a great sand dune. To one side, blue sea reaches to the far horizon. On the other side lie fields and woods, farms and villages.

This is my homeland – the Netherlands. The land is flat as far as the eye can see – the sand bank all that is stopping the sea from flooding it. But one night long ago, when I was a small boy, the only thing stopping the flooding – was me.

It was late afternoon as I set off from home to stay the night with my grandmother. I was walking beside the tall wooden dyke that protected the land from the sea in those days, when I heard something unusual...

I looked up – and saw a trickle of water dripping down the wooden wall. It could only mean one thing – there was a hole in the dyke.

Everyone in the Netherlands understood the dangers of a leaking dyke. Even if the hole was tiny, it could become bigger and bigger until the force of the sea would break through and flood the land beyond.

I pushed a large rock against the dyke to stand on and looked around for the hole. There! I raised my hand and stuck my middle finger in as far as it would go.

It had worked! The trickle had stopped. All I had to do now was wait until help arrived.

I shivered – as minutes turned into an hour. It was getting dark - no-one was likely to be coming this way now until morning. But I clenched my fist as I turned to look at the twinkling lights appearing in the farms and villages. The lives of thousands depended on me, even if they didn't know it. I was determined not to fail them.

It wasn’t going to be easy though. The damp cold was seeping into my body like a shadow. Already, every muscle ached...

‘I can’t keep going all through the night!’ I cried out loud.

‘Yes you can!’ replied a voice. The kind and gentle voice of a young girl.

I looked around but no-one was there. The twinkling lights had gone out as people retired to their beds – all except one.

As I fixed my gaze on it, a picture began to form in my mind of a young girl, standing at a window with an oil lamp.

‘Hans? Can you hear me?’ came the voice again.

‘Do you see the light from my lamp, Hans?’ asked the voice. ‘When you feel your strength failing – look at the light. Know that I am with you and you're not alone.’

Many times that long terrible night I came close to collapse. And each time, I raised my heavy head and looked out for the light. I thought of the girl, and how I must save her and her family. Small and faint though it was, the light stayed with me – until the first rays of dawn began to creep over the eastern horizon.

Footsteps approached - a young lad on his way to milk cows. He took one look at me and rushed to get help.

As I was carried away, I looked over to where the twinkling light had been. I expected to see a house or farm – but there was nothing but empty fields.

These days, the old dykes have been replaced by sand dunes, and the dangers of flooding are a thing of the past. I will never know if the young girl was real, or just a figment of my imagination - but somehow it doesn’t matter. She helped me when I had never felt so alone and desperate. For that I will be eternally grateful. 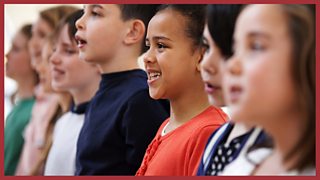 See all clips from Assemblies KS2 (65)