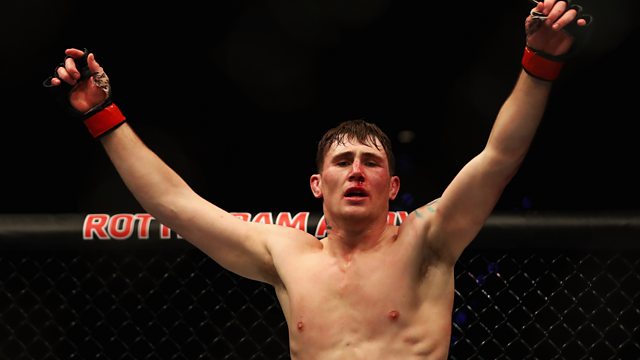 How the Gorilla got his stripes

As Darren Till prepares for his UFC title shot, what were the moments that made him?

Darren Till fights Tyron Woodley for UFC welterweight title next week in Dallas, so how did he reach this point? OJ, Dan and Nick look back at the moments that made him, from getting stabbed in a Liverpool nightclub, to moving to Brazil to train, to upsetting Stephen "Wonderboy" Thompson in his homecoming, to getting the title shot. Also, we speak to the man he'll be fighting, Tyron Woodley, who explains why he sees similarities between his and Till's background.

See all episodes from The BBC MMA Show