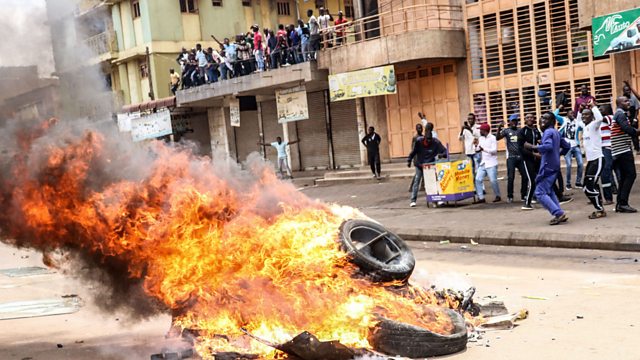 More than 100 people have been arrested during protests in the Ugandan capital Kampala against the alleged torture of opposition MPs, including the popular musician known as Bobi Wine. Tear gas and live ammunition were fired at demonstrators. President Yoweri Museveni says reports that he was tortured in detention are fake news. Journalist Raymond Mujuni says Bobi Wine's family fear his condition is deteriorating.

(Pic: Protesters set a bonfire on a street to demand the release of the Ugandan politician Robert 'Bobi Wine' Kyagulanyi in Kampala, Uganda. Credit: AFP)