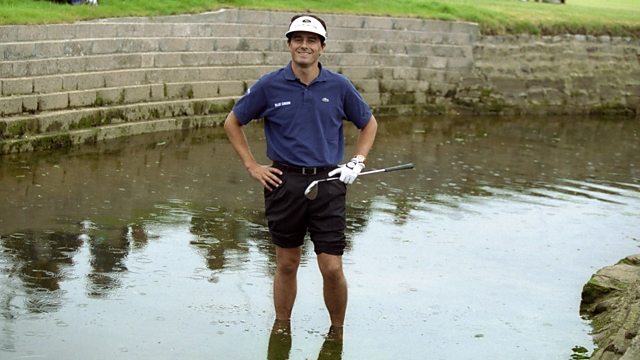 Jean van de Velde says he does not mind discussing his last-hole disaster at the 1999 Open at Carnoustie.

The Frenchman famously blew a three-shot lead with a number of errors which included removing his socks and shoes, before wading into the water, as his chances of securing the Claret Jug slipped away.

Van de Velde dismissed any embarrassment about being synonymous with the event, saying golfers from Tiger Woods to grass roots amateurs "have all played shots from the water" - "mine just happened to be during the biggest tournament in the world".

This clip was first broadcast on 5 live Sport, Wednesday 18 July 2018.