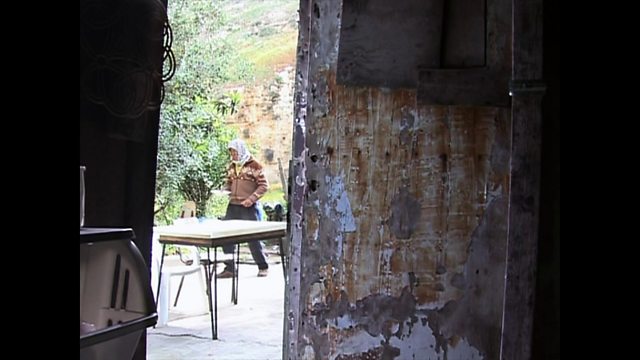 Yousef and his wife Amna, now in their 80’s, have lived in their corrugated iron shack since 1956. For over 50 years, they have had a life of serenity in Haifa’s Roshmia Valley. But now, the Israeli authorities have endorsed a new road to cut through the expanding city and have an order to confiscate the land, forcing the couple to move
out. As they are getting evicted, a friend tries to negotiate with the municipality on their behalf. But this shack is Yousef’s life, and he insists on staying. As the negotiations continue, tensions grow leading to the possibility of a break up. This is an intimate portrayal of an elderly couple facing displacement with no solution.