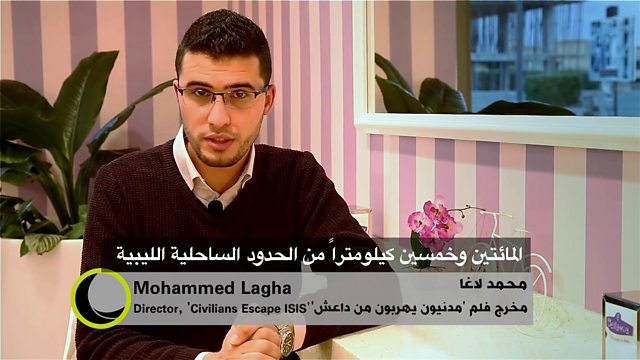 In May 2015, IS took control of the Libyan city of Sirte, making it their Mediterranean base. They kidnapped and murdered, with one incident leaving 21 Christians dead. Many of the city’s inhabitants escaped, but the danger of IS followed them. Their story is told in 'Civilians Escape ISIS in Sirte'. Directed by Mohammed Lagha.