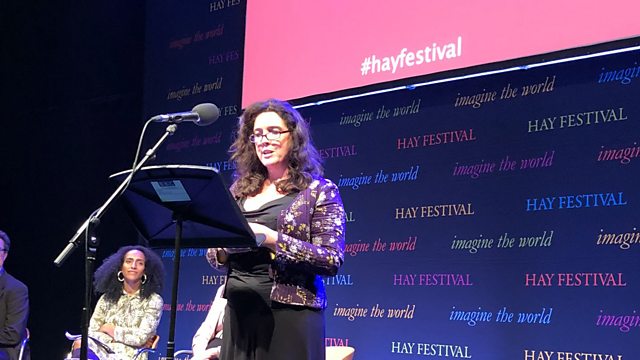 Bettany Hughes on Helen of Troy

Bettany Hughes on her favourite fictional female. Recorded at the Hay Festival 2018.

Recorded at this week's Hay Festival 2018, Bettany Hughes introduces us to her favourite female character in literature - Helen of Troy; a character written about in fiction for millennia - and extracts the lessons we could all learn from her.

Bettany is an historian, author and broadcaster, with her speciality in classical history. She has written a number of books including 'Helen of Troy: Goddess, Princess, Whore' and has presented for BBC Radio 3 for the Sunday Feature strand, for 'The Romans in Britain' in 2011 and for BBC Radio 4 in for a 3-part series 'Amongst the Medici' in 2006.

The writers in this series include broadcaster Afua Hirsch, poets Fiona Sampson and Mab Jones and award-winning novelist Francesca Rhydderch.