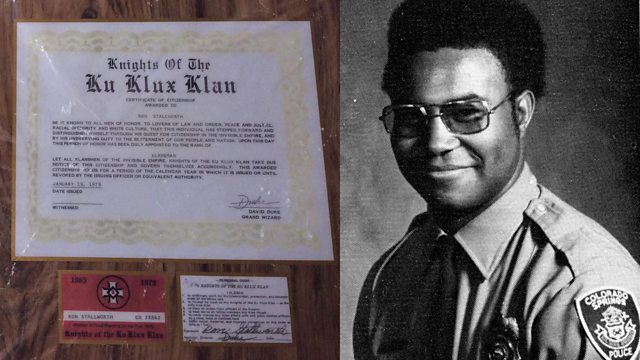 The black cop who infiltrated the KKK

Ron Stallworth was one of the first black men to become a police cadet in Colorado Springs. Then he was given the task of going undercover to gather intelligence on the white supremacist group the Ku Klux Klan. He spoke to high-level members on the phone and a white colleague went to the KKK meetings in his place. The information Ron accumulated was used to help prevent the group's attacks. His story has recently been turned into a critically acclaimed movie directed by Spike Lee, BlacKkKlansman, which recently won the Cannes Film festival's Grand Prix award. (Photo courtesy of Ron Stallworth.)