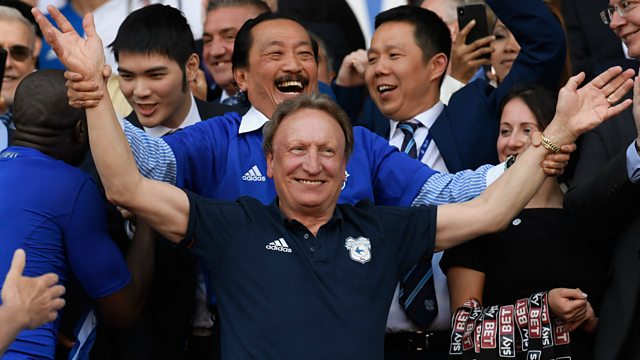 Reaction to a dramatic final day of the Championship season.

Cardiff manager Neil Warnock says gaining promotion to the Premier League is the greatest achievement of his career.

The Bluebirds were promoted on a dramatic final day of the Championship season, which saw Bolton survive with an incredible 3-2 win over Nottingham Forest.

Jonathan Overend, Mark Clemmit, Nigel Reo-Coker and Michael Appleton react to all the action, and you can hear from Warnock and Bolton's Phil Parkinson.