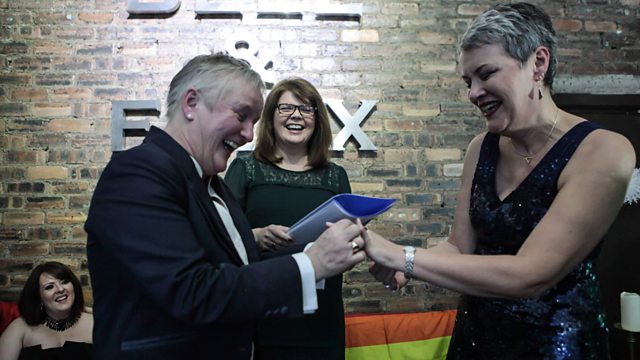 The first lesbian couple to marry in Scotland

Susan and Gerrie Douglas-Scott became the first lesbian couple to marry in Scotland, after they both came out as gay in their late 30’s. They had a civil partnership in 2006, with Scottish first Minister Nicola Sturgeon and Scottish Green Party co-convener Patrick Harvie MSP acting as witnesses at their wedding.

Susan says she “didn’t realise lesbianism existed” when she was growing up and that she had no lesbian role models to look up to at the time.

Gerrie says that being gay was “totally invisible” to her but when she realised it was a “fantastic, freeing, moment” where “the whole world seemed to make sense”.

The couple have five grown up children between them and say they’ve been “amazing” and really supportive. 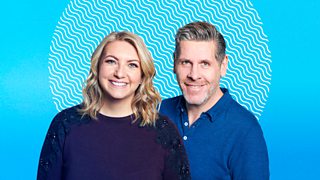