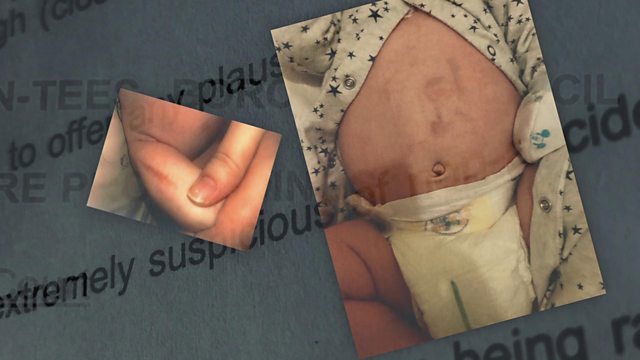 'They took my baby away because he had a bruise'

Parents are being investigated for possible child abuse because of the misinterpretation of guidelines on bruising in babies, it's claimed.
Official guidelines from health watchdog NICE for hospital workers suggest such bruising is very uncommon.
University of Central Lancashire research suggested the guidelines mean social services are investigating parents too often.
Our reporter Andy Smythe has met parents who've been accused.